Don’t mind the coat and the red nose, it was a rather debatable post, so let’s stick with the clichéd “better late than never”.

I bet most of you travel. And I am almost sure that Europe is the continent you’ve explored the most, given the fact that it’s right under your feet. And I also bet that at one point we all feel like experienced architecture lovers. One way or another. So in that case, do monthly plane tickets make us all certified travellers who easily distinguish quality pavement from abandoned gravel roads? Fortunately, we are not here to discuss the positive impact aircraft companies have given us. Today, we shall try something quite falsely appreciated – street art.

Recently, we both had the chance to visit Berlin, each one on her own, as we found different occasions to catch a flight to probably the most uniquely painted European city. For me, Berlin today, May 2018, could be described by the following qualifies: vegan way of living, public transport as a mean of time-saver, 0.85 € a single bottle of pretty much whichever beer brand, 1.99 € a decent bottle of wine, contemporary subculture, a.k.a. hipster fashion aesthetics, multicultural ease, self-service laundry at 5 am and (last but not least) street art. No matter the building, no matter the district, no matter what form or shape is used, street art in Berlin is a huge topic. To start with, I would like to show you a few photos of the East side gallery. 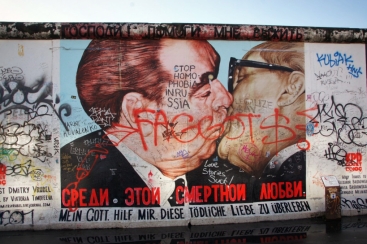 History relations are not left in the past. Even today, after so many years of potential moral and political evolution, we still have so much to learn from what the exhibits shout out so loud. We shall only listen. And react. I reckon the main problem with today’s society is that we prefer to pose in front of a chef d’oeuvre rather than spend a minute or two in putting together the transmissions it could offer. We find it easy to upload a seductive lie because we lack safety to embrace the actual matter “illegal public paintings” provoke.

Another detail that is not so hard to be noticed in Berlin is that even big stable institutions create sticky labels and hang them all around the city. Of course, the flow is successful due to the open-minded locals and the open-hearted tourists who somehow seek more once the attractive colours to step on. The German capital does not have excessively demanding architecture, so I guess that is why street art forms an affirmative result. 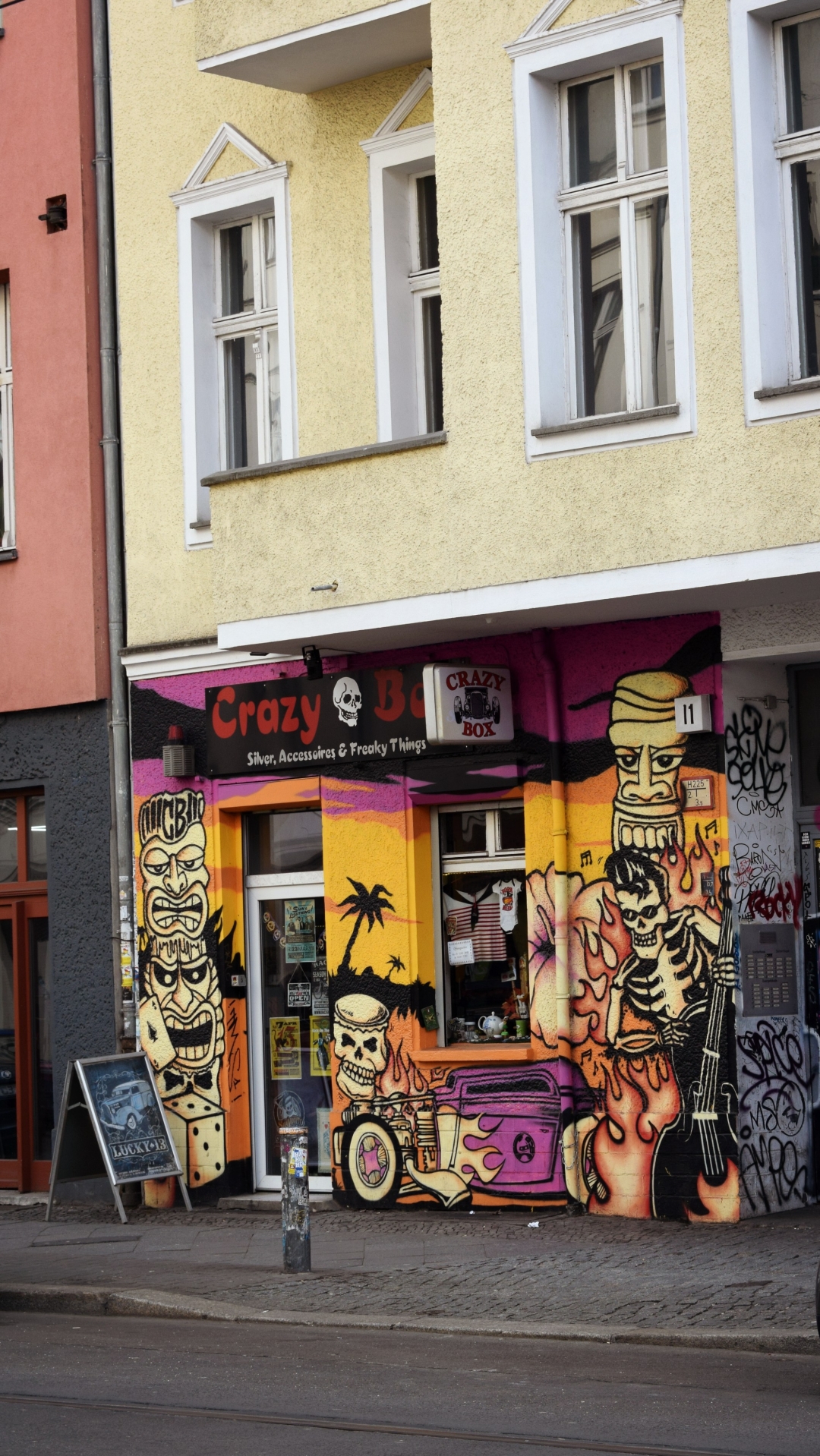 Other than that, I strongly believe each visitor is allowed to perceive the final polished piece of art in his mind according to his own needs and persuasions. Berlin is a gallery with doors wide opened, waiting for your paint.

Waiting to be your canvas. Waiting for you.

One thought on “If street art didn’t change anything, it would be legal”